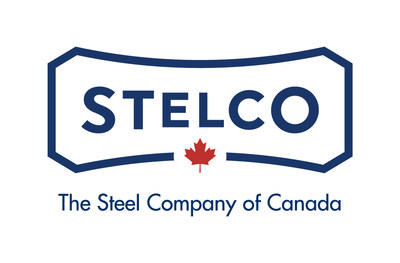 The Common Shares have not been registered under the U.S. Securities Act of 1933, as amended, and may not be offered or sold in the United States absent registration or an applicable exemption from the registration requirements. This press release shall not constitute an offer to sell or the solicitation of an offer to buy nor shall there be any sale of the securities in any jurisdiction in which such offer, solicitation or sale would be unlawful.

Stelco is a low cost, integrated and independent steelmaker with one of the newest and most technologically advanced integrated steelmaking facilities in North America. Stelco produces flat-rolled value-added steels, including premium-quality coated, cold-rolled and hot-rolled steel products. With first-rate gauge, crown, and shape control, as well as reliable uniformity of mechanical properties, our steel products are supplied to customers in the construction, automotive and energy industries across Canada and the United States as well as to a variety of steel services centres, which are regional distributers of steel products.

About the Selling Shareholders

Bedrock is organized under the laws of the Netherlands and its registered office is Strawinskylaan 1033, Toren C-10, 1077 XX Amsterdam, the Netherlands. It is an affiliate of Bedrock Industries L.P., a privately funded company focused on owning and operating metals, mining and natural resources assets and companies. The Common Shares were transferred to the Selling Shareholders in order to give effect to the Offering. Subject to the 60-day lock-up that it has agreed to with the underwriters which permits Bedrock to make distributions, transfers or assignments to its limited partners, Bedrock may determine to sell all or some of the Common Shares it holds (including pursuant to its registration rights under the investor rights agreement between the Company and Bedrock) or make distributions in kind, depending upon price, market conditions, availability of funds, evaluation of alternative investments, the interests of indirect investors in Bedrock and other factors it considers relevant from time to time. An early warning report will be filed by Bedrock in accordance with applicable securities laws and will be available on SEDAR at www.sedar.com or may be obtained directly from Jeffrey Bunder upon request at 212.651.1130.