/NOT FOR DISTRIBUTION TO U.S. NEWS WIRE SERVICES OR DISSEMINATION IN THE UNITED STATES./

HAMILTON, ON, Sept. 4, 2018 /CNW/ - Stelco Holdings Inc. ("Stelco" or the "Company") (TSX: STLC) announced today that the Company has filed a preliminary short form prospectus for a proposed offering (the "Offering") of 8,000,000 common shares of the Company (the "Common Shares") to be sold by LG Bedrock Holdings LP ("Lindsay Goldberg") and Foundation Industries Group LLC ("DC LLC", and collectively with Lindsay Goldberg, the "Selling Shareholders"). 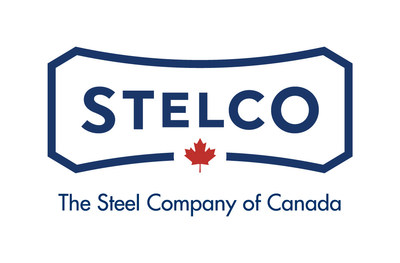 The Offering will be conducted through Goldman Sachs Canada Inc. (the "Underwriter") as underwriter. The offering price of the Common Shares offered (the "Offered Shares") will be determined by arm's length negotiation between the Selling Shareholders and the Underwriter with reference to prevailing market conditions, including the current market price of Common Shares.

The Selling Shareholders will grant the Underwriter an option, exercisable at the same price for a period of 30 days following the closing of the Offering, to purchase up to an additional number of Common Shares equal to 15% of the Offered Shares to cover over-allotments, if any, and for consequent market stabilization purposes. The Offering is expected to close on or about September 18, 2018 and is subject to certain conditions, including receipt of all necessary regulatory approvals.

The securities offered have not been registered under the U.S. Securities Act of 1933, as amended, and may not be offered or sold in the United States absent registration or an applicable exemption from the registration requirements. This press release shall not constitute an offer to sell or the solicitation of an offer to buy nor shall there be any sale of the securities in any jurisdiction in which such offer, solicitation or sale would be unlawful.

About Stelco
Stelco is a low cost, integrated and independent steelmaker with one of the newest and most technologically advanced integrated steelmaking facilities in North America. Stelco produces flat-rolled value-added steels, including premium-quality coated, cold-rolled and hot-rolled steel products. With first-rate gauge, crown, and shape control, as well as reliable uniformity of mechanical properties, our steel products are supplied to customers in the construction, automotive and energy industries across Canada and the United States as well as to a variety of steel services centres, which are regional distributers of steel products.

The forward-looking statements contained in this release are made as of the date hereof. Stelco undertakes no obligation to update publicly or revise any forward-looking statements, whether written or oral, whether as a result of new information, future events or otherwise, except as required by law. New factors emerge from time to time, and it is not possible for the Company to predict all such factors. When considering these forward-looking statements, you should keep in mind the risk factors and other cautionary statements described in the Company's management's discussion and analysis for the year ended December 31, 2017 and for the three and six month periods ended June 30, 2018 and referred to under the heading "Risk Factors" in the annual information form of the Company for the year ended December 31, 2017 and available on SEDAR at www.sedar.com.