/NOT FOR DISTRIBUTION TO U.S. NEWS WIRE SERVICES OR DISSEMINATION IN THE UNITED STATES/

HAMILTON, ON, March 10, 2021 /CNW/ - Stelco Holdings Inc. ("Stelco" or the "Company") (TSX: STLC) announced today that the previously announced bought deal secondary offering (the "Offering") of 7,000,000 common shares of the Company (the "Common Shares") by Bedrock Industries Coöperatief U.A. (the "Selling Shareholder") at a price of $26.25 per Common Share for aggregate gross proceeds of $183,750,000 to the Selling Shareholder has closed. 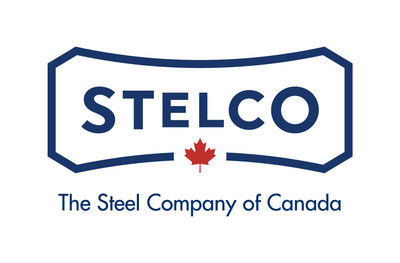 The Offering was led by BMO Capital Markets. All net proceeds of the Offering, after deducting the underwriting commission, were paid to the Selling Shareholder.

The Common Shares  have not been registered under the U.S. Securities Act of 1933, as amended, and may not be offered or sold in the United States absent registration or an applicable exemption from the registration requirements. This press release shall not constitute an offer to sell or the solicitation of an offer to buy nor shall there be any sale of the securities in any jurisdiction in which such offer, solicitation or sale would be unlawful.

About Stelco
Stelco is a low cost, integrated and independent steelmaker with one of the newest and most technologically advanced integrated steelmaking facilities in North America. In addition to being North America's only integrated producer of pig iron, Stelco produces flat-rolled value-added steels, including premium-quality coated, cold-rolled and hot-rolled steel products. With first-rate gauge, crown, and shape control, as well as reliable uniformity of mechanical properties, our steel products are supplied to customers in the construction, automotive and energy industries across Canada and the United States as well as to steel service centres. At Stelco, we understand the importance of our business reflecting the communities we serve and are committed to making diversity and inclusion a core part of our workplace culture, in part, through active participation in the BlackNorth Initiative. The head office of the Company is located at 386 Wilcox Street, Hamilton, Ontario L8L 8K5.